“We continue to drive profitable growth across Assurant,” said Robert B. Pollock, chief executive officer of Assurant. “We’re encouraged by our momentum in areas targeted for growth, which we have enhanced through selective acquisitions. While increased claims at Assurant Health affected results, our focused execution and expense management discipline allowed us to deliver solid results in the quarter.” 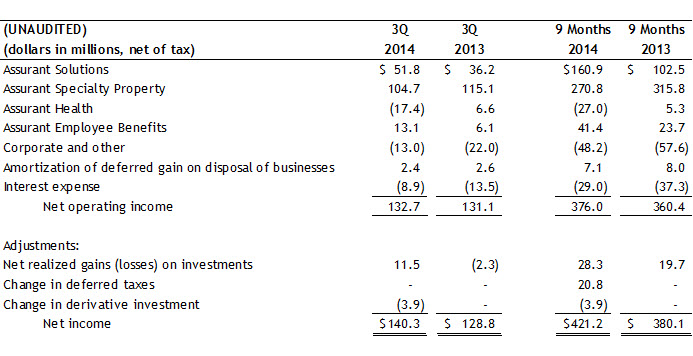 Note: Additional financial information, including a schedule of disclosed items that affected Assurant’s results by business for the last nine quarters on page 20 of the Company’s Financial Supplement, is located in the Investor Relations section of http://www.assurant.com.

Note: In 2014, ACA risk-mitigation programs designed to reduce the potential adverse impact to individual health insurers from health care reform provisions went into effect. Assurant Health is eligible to participate in the risk-adjustment and reinsurance programs. As of Sept. 30, 2014, estimated recoveries under these two programs totaled $257 million.

Company Outlook
Based on current market conditions, for full-year 2014, the Company now expects:

Consistent with the previously reported outlook, for full-year 2014, the Company continues to expect:

Assurant, a Fortune 500 company and a member of the S&P 500, is traded on the New York Stock Exchange under the symbol AIZ. Assurant has approximately $30 billion in assets and $9 billion in annual revenue. Assurant has approximately 17,500 employees worldwide and is headquartered in New York's financial district. For more information on Assurant, please visit www.assurant.com and follow us on Twitter @AssurantNews.

Safe Harbor Statement
Some of the statements included in this news release and its exhibits, particularly those anticipating future financial performance, business prospects, growth and operating strategies and similar matters, are forward-looking statements within the meaning of the U.S. Private Securities Litigation Reform Act of 1995. You can identify these statements by the fact that they may use words such as “will,” “anticipate,” “expect,” “estimate,” “project,” “intend,” “plan,” “believe,” “target,” “forecast,” or the negative versions of those words and terms with a similar meaning. Our actual results may differ materially from those projected in the forward-looking statements. The Company undertakes no obligation to update any forward-looking statements in this earnings release or the exhibits as a result of new information or future events or developments.

The following risk factors could cause our actual results to differ materially from those currently estimated by management, including those projected in the Company outlook:

For a detailed discussion of the risk factors that could affect our actual results, please refer to the risk factors identified in our SEC reports, including, but not limited to, our 2013 Annual Report on Form 10-K as filed with the SEC.

A summary of net operating income disclosed items is included on page 20 of the Company’s Financial Supplement, which is available in the Investor Relations section of www.assurant.com. 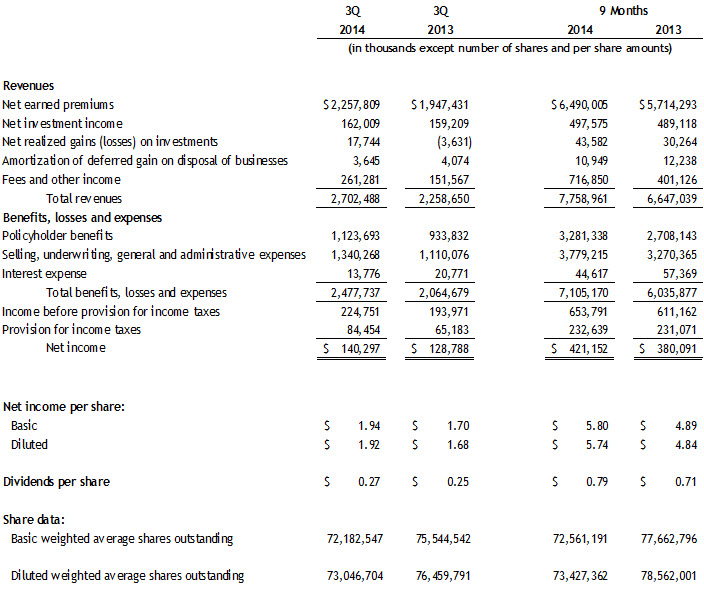 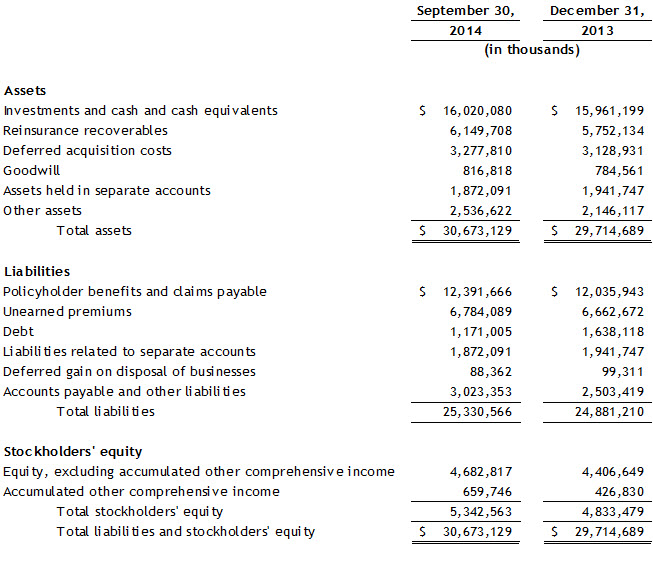